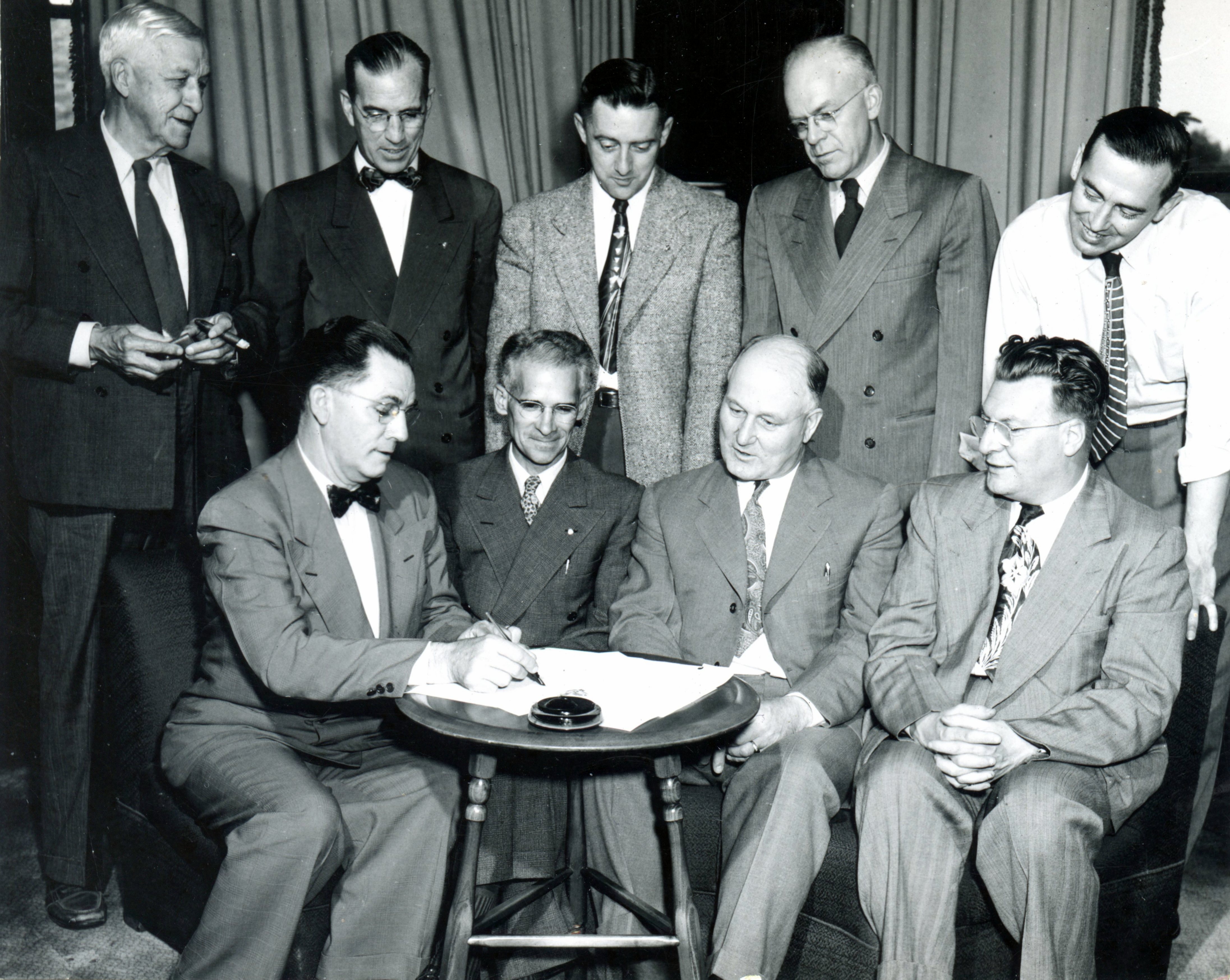 1951 - Founding Fathers of NMC-- the Traverse City Board of Education. 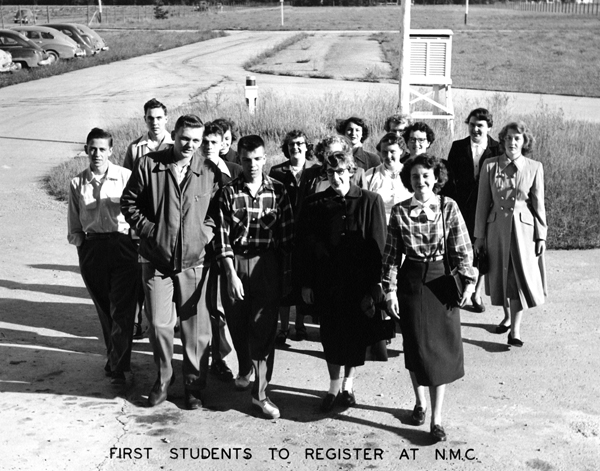 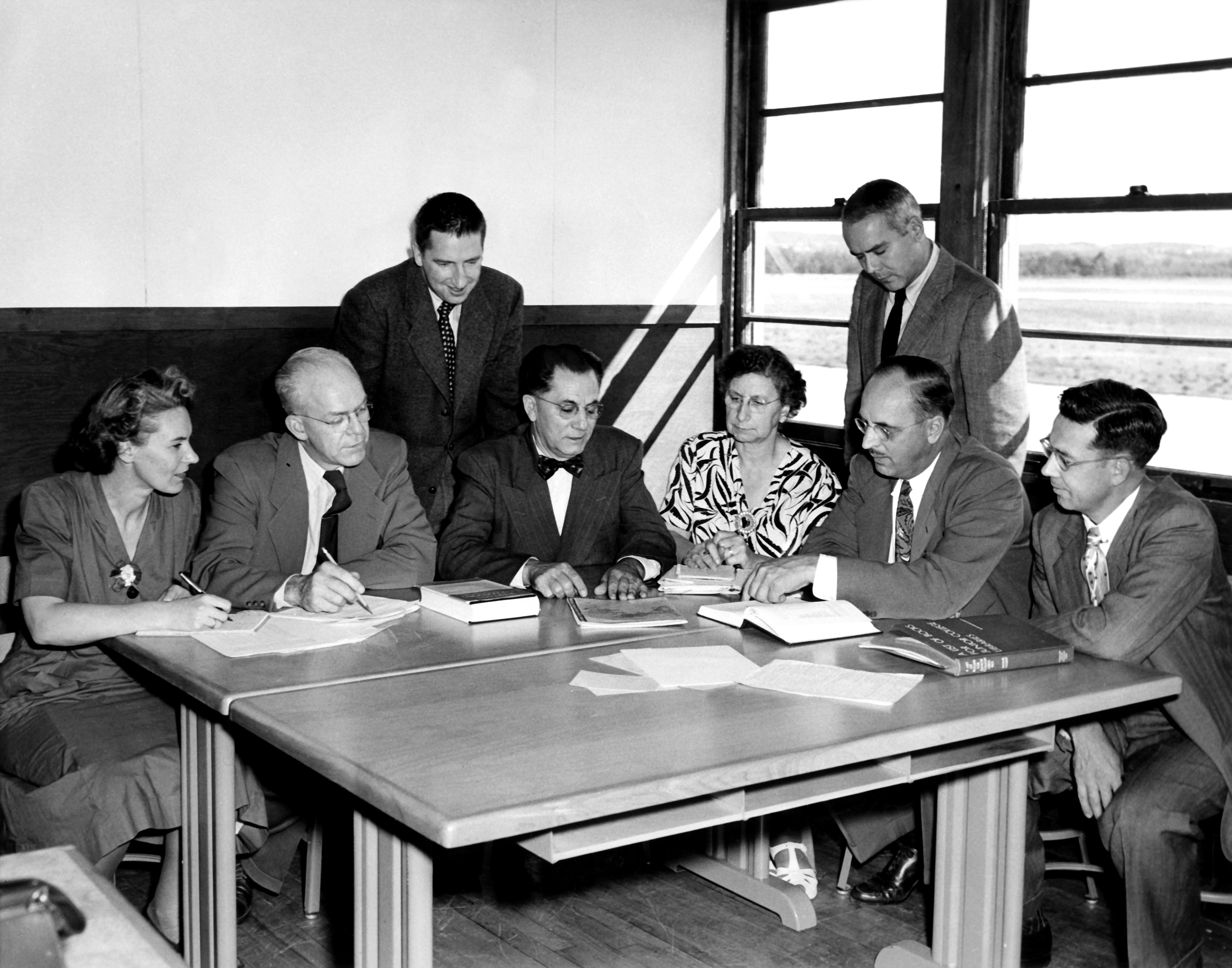 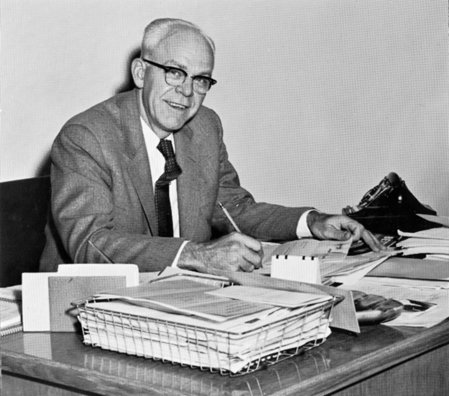 He was responsible for day-to-day operation of the college as the College Director.

"Preston Tanis had taken the first steps towards formalizing governance... in 1965 Preston called for the creation of a Faculty Council that would be an elected body rather than an appointed body." (taken from NMC The Second Twenty Years 1971-1991, by Al Shumsky) 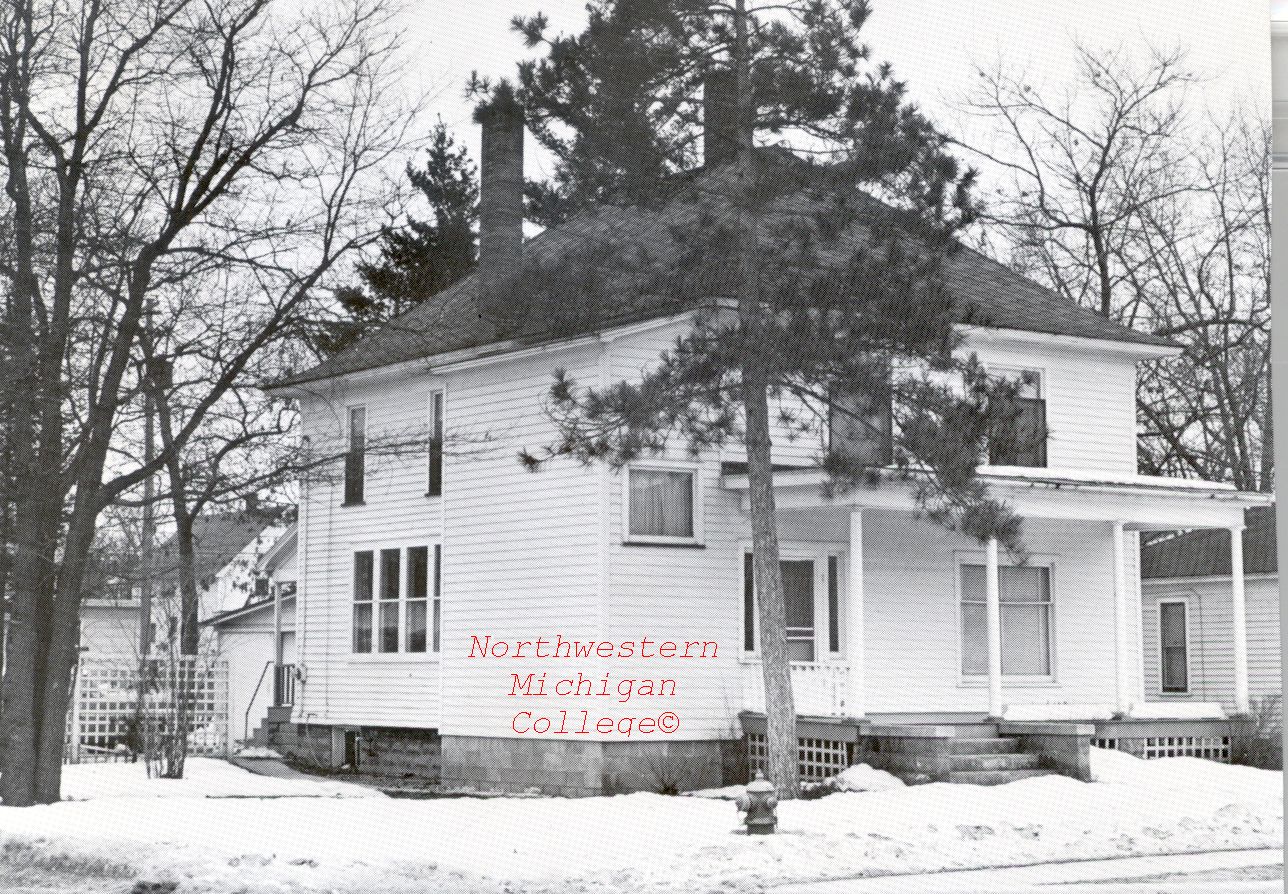 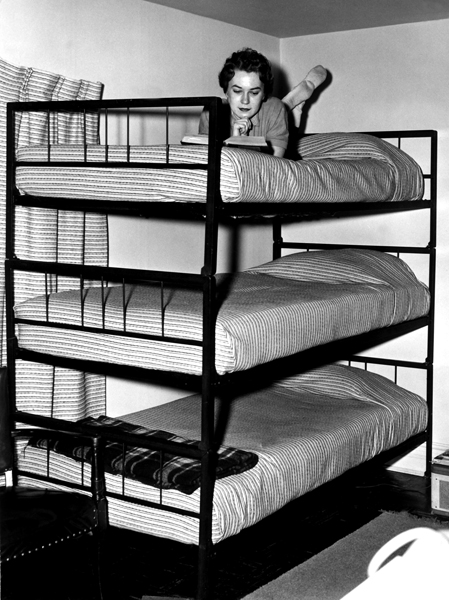 1958 - A student studying on a bunk bed in a dormitory on Front Street. 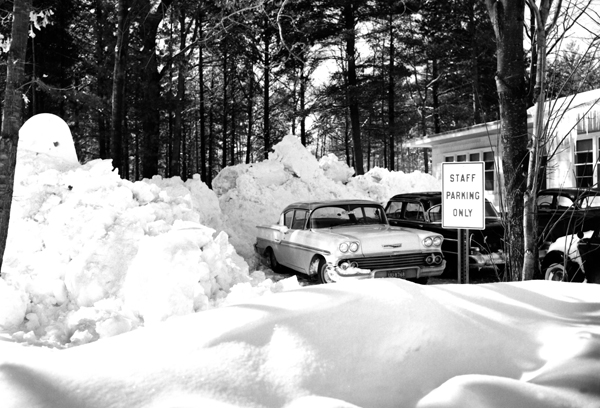 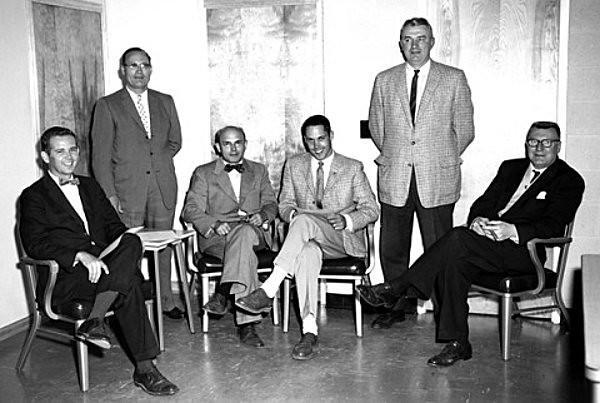 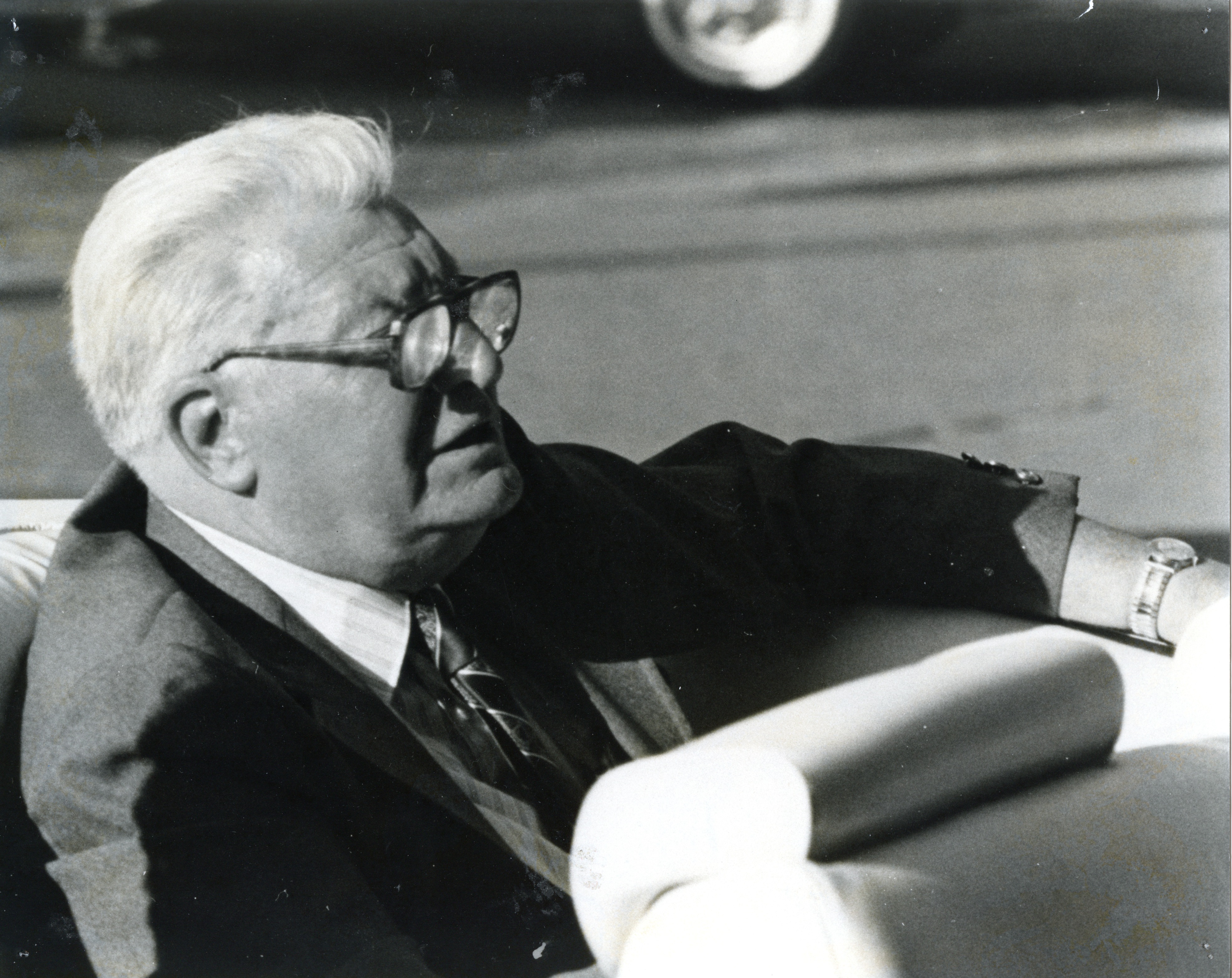 1975 - Les Biederman as Grand Marshall in the Cherry Festival Parade.

Les Biederman was on the Board of Trustees from 1955-1979.  He was Chairman for 24 years.  Les was considered a founding father of the College. Les Biederman was also a great champion of the Great Lakes Maritime Academy.  He went to Washington to see that NMC had a federal sanction for the academy. His generosity not only included being on the Board of Trustees and actually going to Washington but also included funding for the Biederman building and the clock tower.